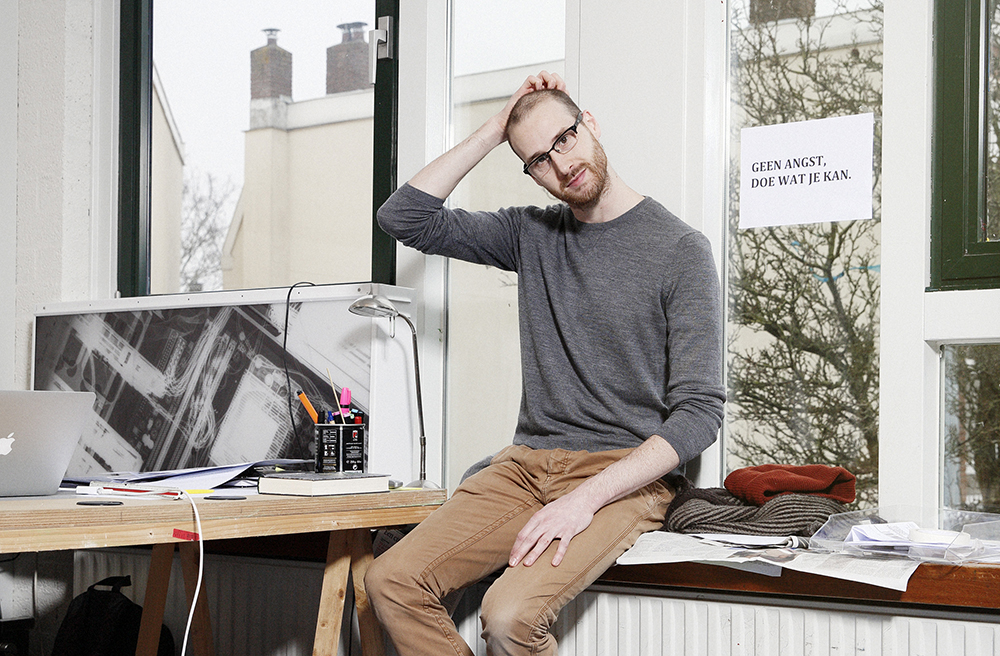 Jeroen van Loon is a Dutch artist researching and visualising current digital culture through the lens of ephemerality and permanence.

He received the K.F. Hein Kunststipendium, the European Youth Award, was nominated for the New Technological Art Award (NTAA) 2022 and is part of the Brave New World Speaking Agency as a speaker on art and technology.

His work was shown at TEDx, We Make Money Not Art, The Creators Project, Designboom, Digicult, Volkskrant and NRC-Handelsblad.

Van Loon (b. 1985 in ’s Hertogenbosch, The Netherlands, lives and works in Utrecht, NL) received a bachelor in Digital Media Design and a European Media Master of Arts from the HKU University of the Arts Utrecht.

The hybrid field of art and technology is seeing a radical change in the approaches taken by its artists. Rather than working from blueprints based on desktop research, emerging artists in this domain increasingly often choose to embed themselves in a technology’s sphere of influence while keeping a relatively open agenda. Working one’s way towards artistic outcomes from an embedded position encourages a new emphasis on the process of development and the bodily experiences it brings about in the artist. Consequently, the significance of any art objects produced along the way is reduced, challenging the art world’s strict conventions regarding what artistic practice, presentation and spectatorship can and cannot be.

The work of the artist Jeroen van Loon is a quintessential example of this emerging approach. He embeds himself in subjects such as the production of identities through social media (Kill Your Darlings, 2012), pre-Internet societies (Life Needs Internet, 2014–present), and the evolving market in human genetic data (Cellout.me, 2016). Van Loon makes a significant contribution to our understanding of and relationship to contemporary digital culture and the new realities produced by technological advancement. This contribution is a necessary and timely one, pulling our attention away from the direct, everyday consequences of technology to cast light on its broader impact and structural effects. In an age in which the short-term benefits of new technologies are generously celebrated in the media, promoted through government innovation policies and highlighted in product campaigns, there is a critical need for the efforts of artists like Van Loon to counter this techno-euphoria with an unbiased exploration of technology’s effects on our lives, climate and culture.

Van Loon’s work has been displayed in solo exhibitions and international group shows and has earned him a European Youth Award and a KF Hein art grant. He regularly gives presentations on his artistic explorations of technology, both in the art world and through institutions that promote innovation, such as TEDx. Van Loon holds a bachelor’s degree in digital media design and a master’s in European media. He is currently based in Utrecht, the Netherlands.