On 10 April 2018 Mark Zuckerberg had to testify before the US Congress. Zuckerberg was asked about how Cambridge Analytica had bought and used data from 87 million Facebook users, how Russian propaganda groups used Facebook to influence the 2016 US elections and what types of regulation could be applied to Facebook and who would be responsible for this regulation.

Fake News shows the entire hearing on three different screens. What has been added to the video are various face filters, which are commonly used to add an augmented reality layer to your selfie photos or videos. Each face filter, depending on the context it’s used in, can have different meanings.

In Fake News, the face filters are used to visually critique Zuckerberg and the members of the Senate committee on their vision about fake news, the privacy of Facebook users and the possible future regulation of Facebook. Fake News shows a more honest depiction of the shifting power balance between tech companies and politics.

Made possible by the generous support of the KF Hein Fonds and IMPAKT. 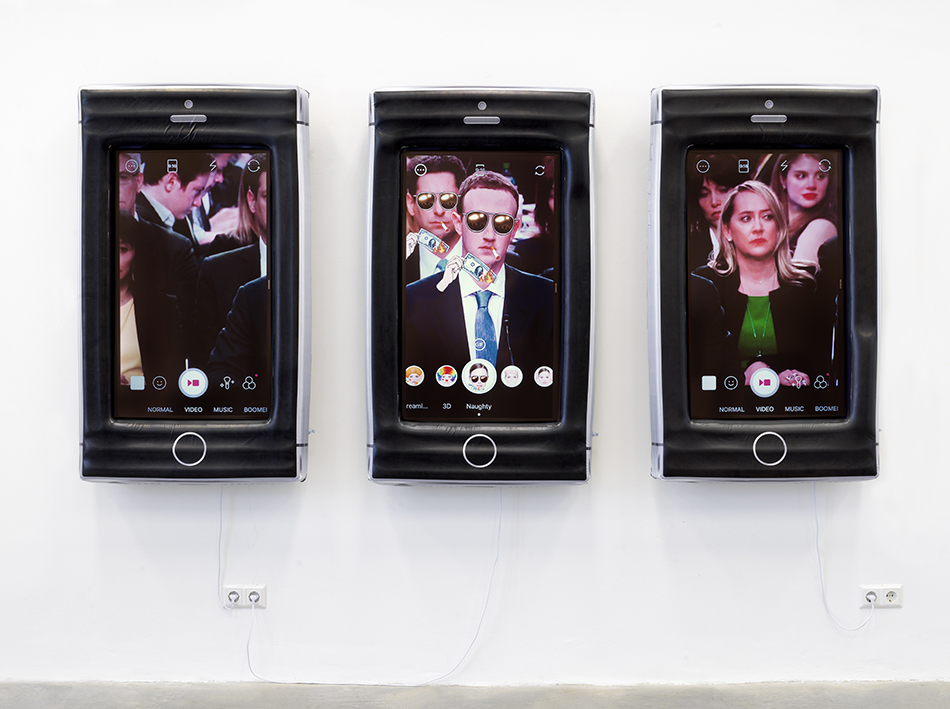 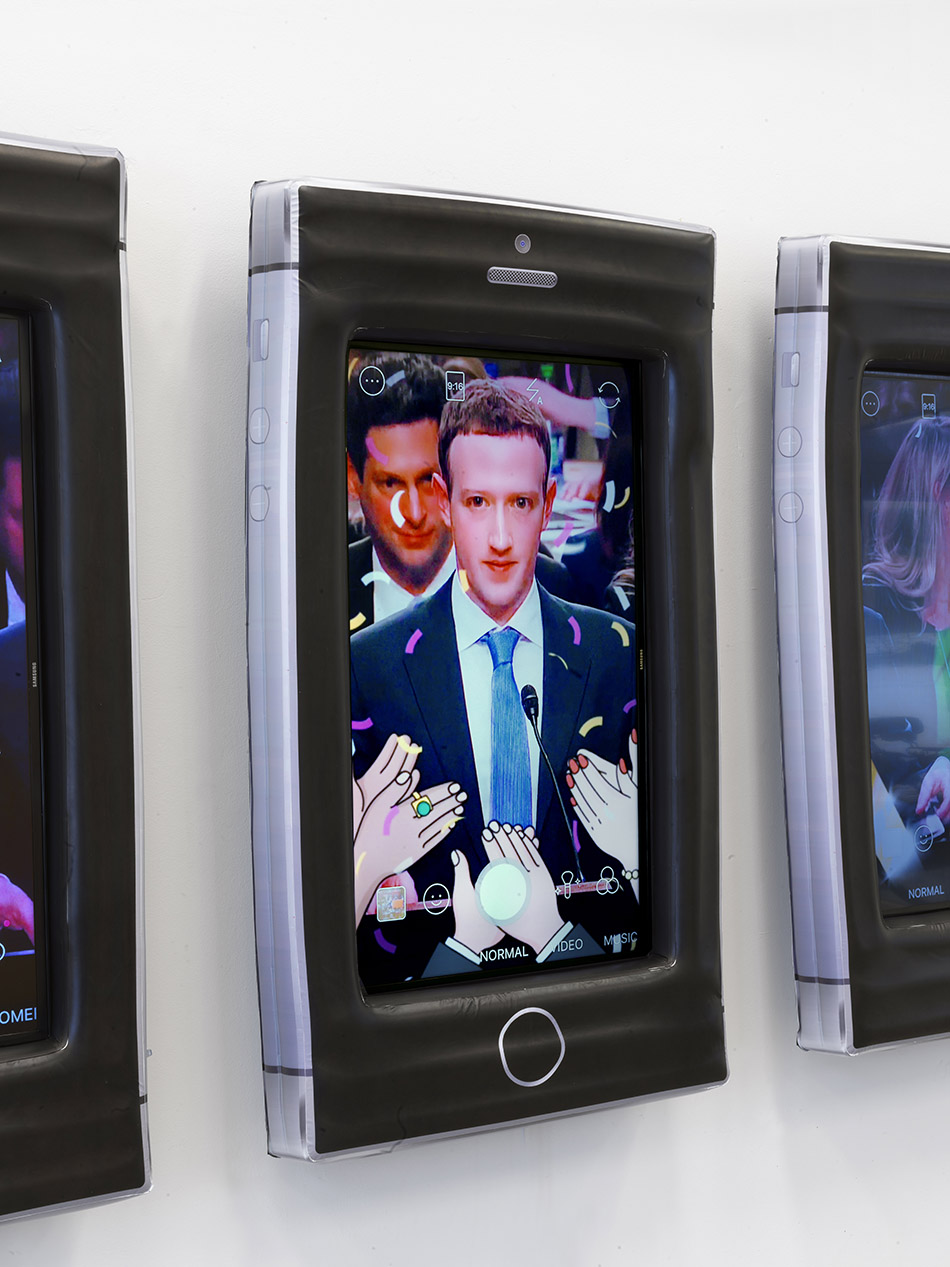 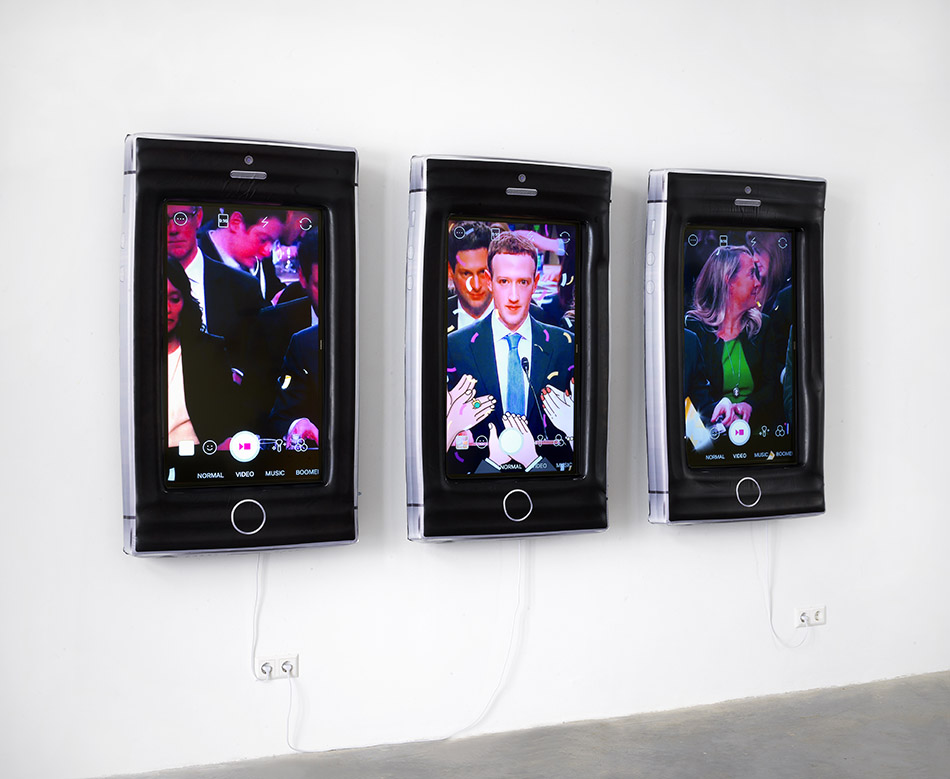 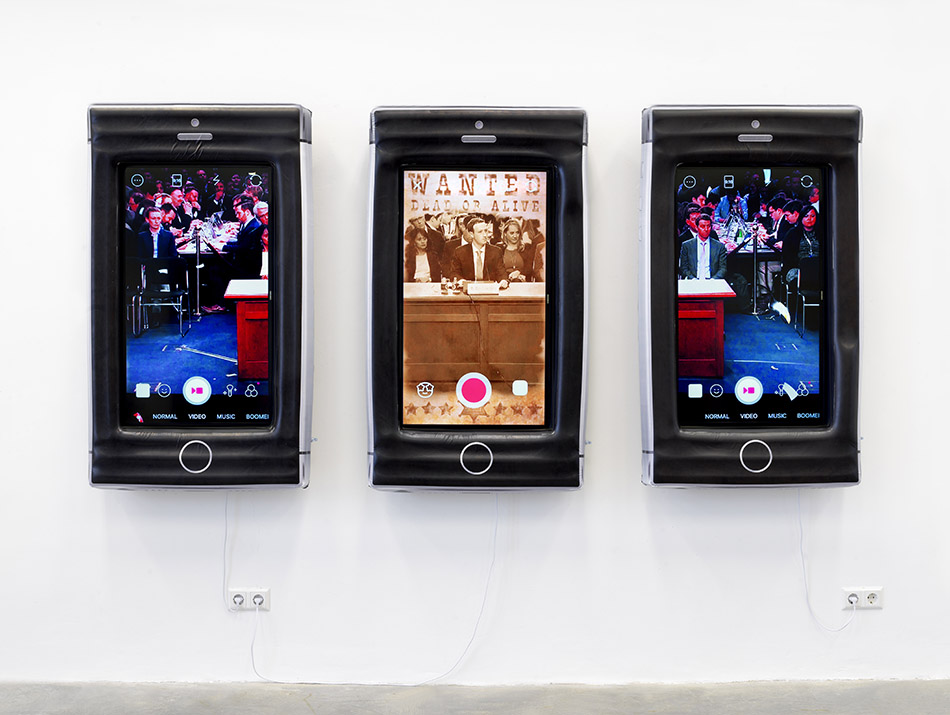 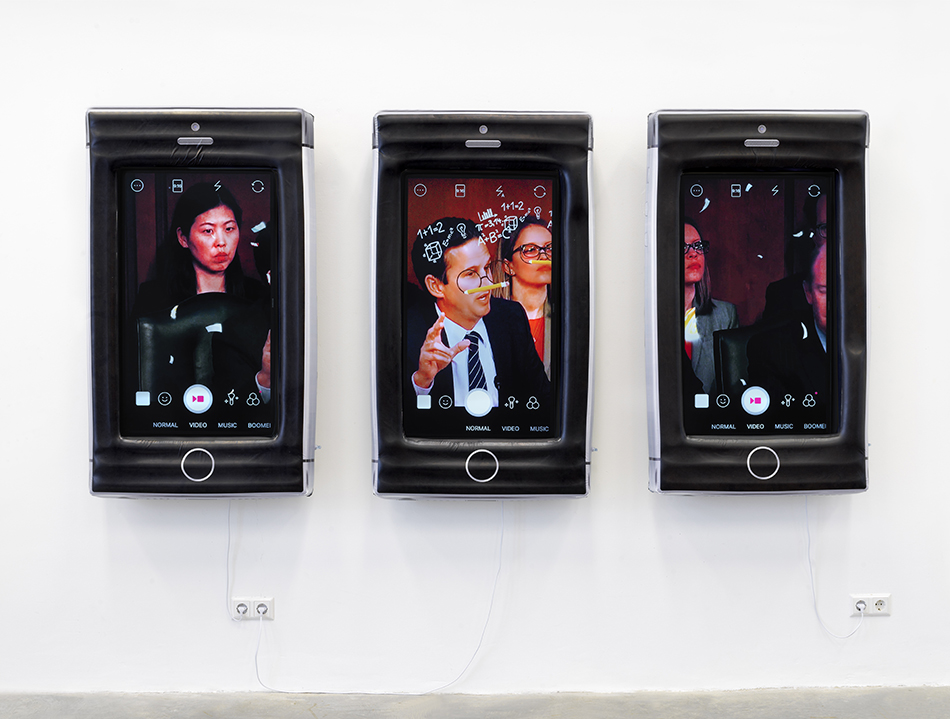 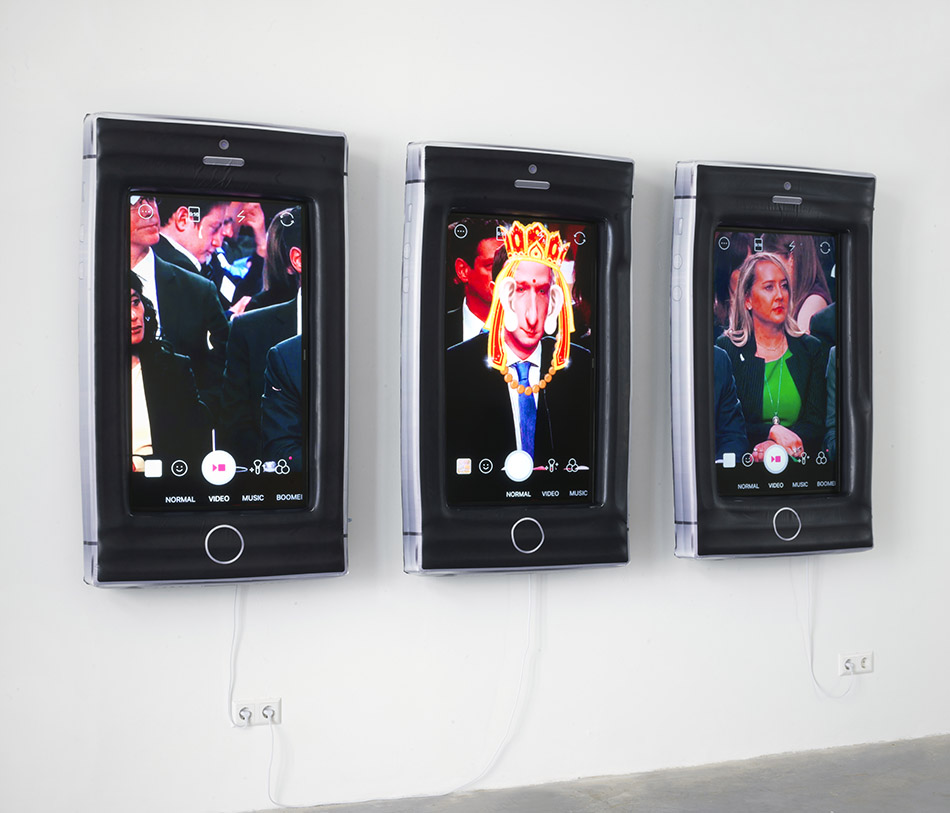 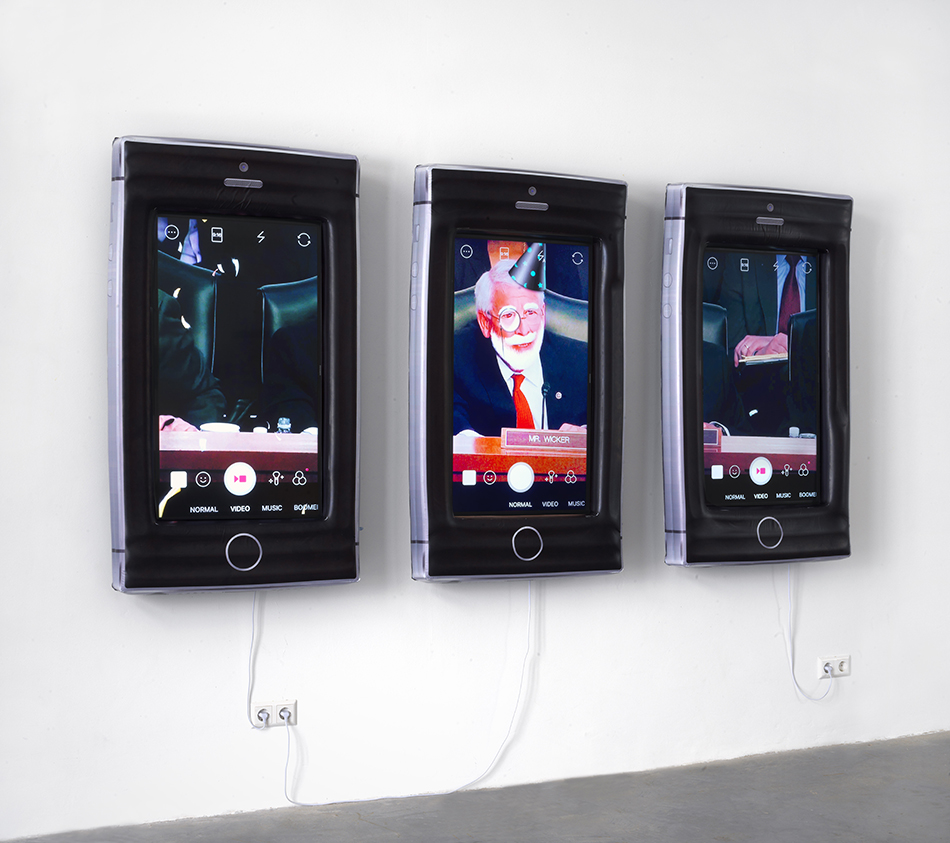 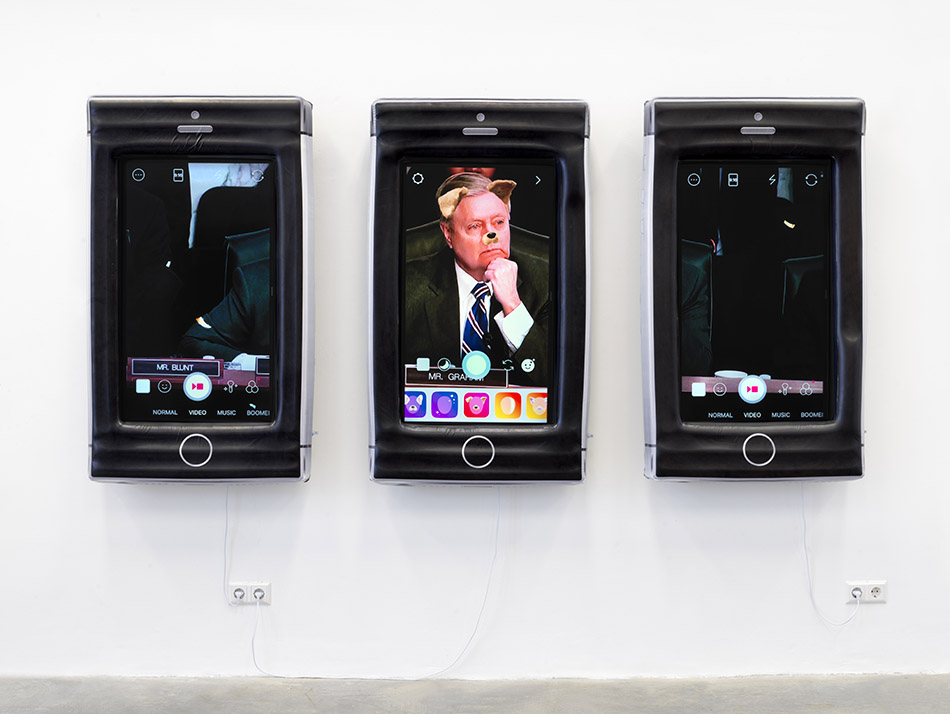 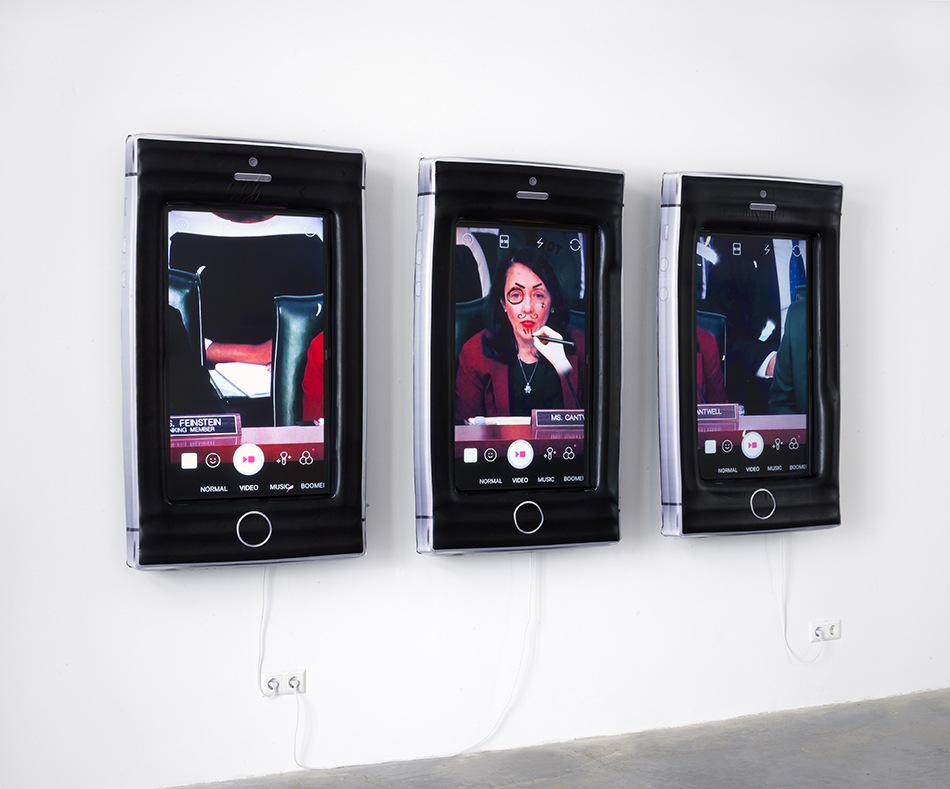